U.S. forces have rescued an American hostage in northern Nigeria. Philip Walton, who was abducted by a criminal gang, was rescued by SEAL Team 6, CBS News national security correspondent David Martin reports. Officials had feared the gang would sell him to terrorists operating in the region.

“U.S. forces conducted a hostage rescue operation during the early hours of 31 October in Northern Nigeria to recover an American citizen held hostage by a group of armed men,” Chief Pentagon spokesman Jonathan Hoffman said in a statement Saturday. “This American citizen is safe and is now in the care of the U.S. Department of State.” 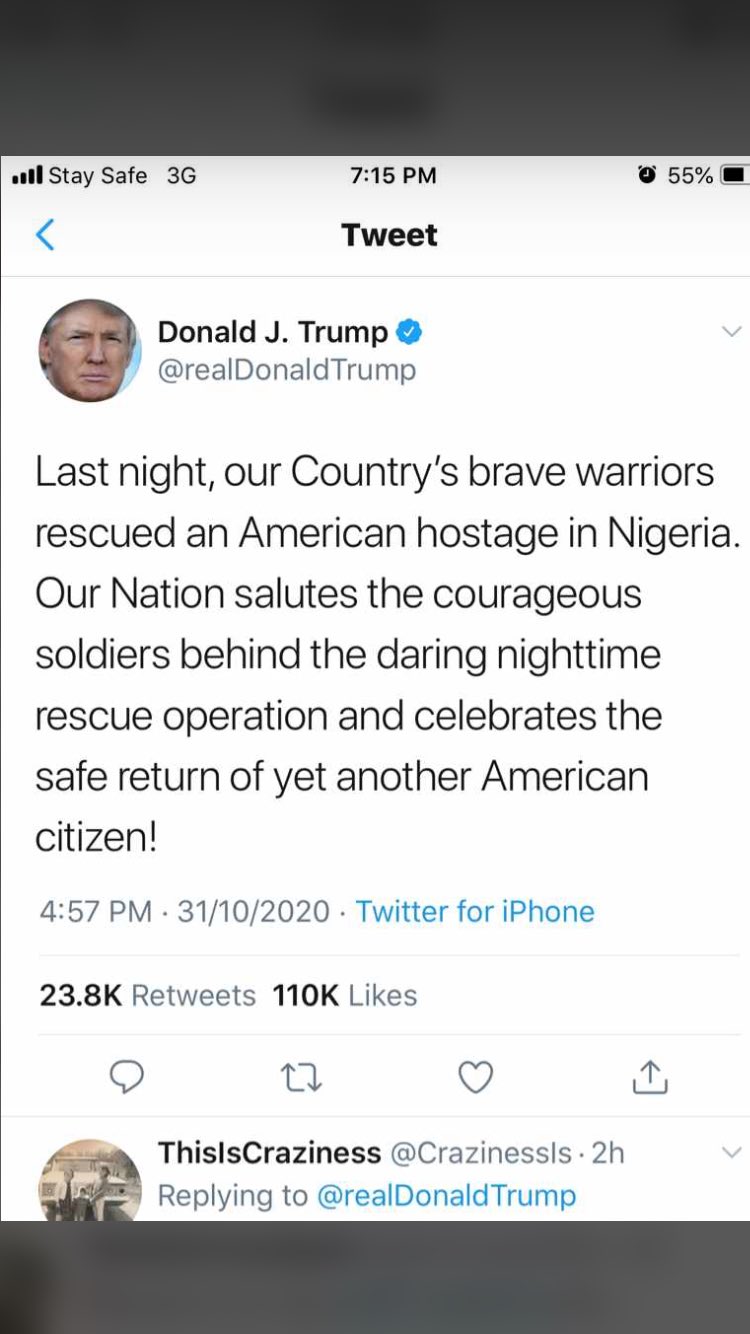 The statement said no U.S military personnel were injured in the operation.

Walton, described by a defense official as an American farmer, was abducted in Niger earlier this week, Martin reports. He was then taken across the border to Nigeria, according to Secretary of State Mike Pompeo.

The criminal gang that captured Walton was based in the small village of Niamey in southwestern Niger, Martin reported. They apparently intended to hold him hostage for a ransom.

Six captors were involved, and five were killed during Walton’s rescue while one got away, according to a defense official.

A defense official said the raid was carried out with the cooperation and support of both Niger and Nigeria.

“The United States is committed to the safe return of all U.S. citizens taken captive,” Pompeo said in a statement Saturday. “We delivered on that commitment late last night in Nigeria, where some of our bravest and most skilled warriors rescued a U.S. citizen after a group of armed men took him hostage across the border in Niger.”

“Thanks to the extraordinary courage and capabilities of our military, the support of our intelligence professionals, and our diplomatic efforts, the hostage will be reunited with his family,” Pompeo said.