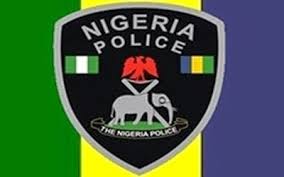 In a video posted on the Internet on Saturday, some men suspected to be policemen were seen beating up a man at the ATM point in Oja Oba Market.

The incident reportedly occurred on Friday.

One of the attackers was seen in the video in mobile police uniform, the others were in mufti with one of them holding a rifle.

A trader at the scene of the assault, who spoke on condition of anonymity, said that the victim was attacked on Friday morning.

He said, “We saw the policemen attacking the man. We didn’t know what caused the cops to attack the man but they beat him mercilessly.

“When some people tried to separate them, one of them (policemen) fired a shot into the air to disperse everybody; after that, they took the man away.”

When the Public Relations Officer of the command, Mr. Femi Joseph, was contacted on Saturday for his comment on the incident, he said that the policemen involved had been detained.

Joseph, however, added that the person brutalised by the cops was a psychiatric patient.

He said, “We have the information that the victim is a psychiatric patient because his family has brought his medical records to us. He slapped the policeman when he was being prevented from forcibly opening the gate of the bank.

“In spite of that, we will still punish our men. The health status of the man did not warrant that he should be beaten up. This command does not tolerate indiscipline among our officers and they will not go unpunished for that.”