President Trump on Thursday welcomed Kanye West to the White House. The rapper then gave what amounted to a ringing endorsement of Trump’s presidency during a wide-ranging speech that touched on such topics as crime rates in Chicago, mental health, slavery, aerospace technology and the Unabomber.

“Trump is on his hero’s journey right now,” West said, wearing a red “Make America Great Again” hat as he was seated across from the president at the Resolute Desk. “And he might not have expected to have a crazy motherf***er like Kanye West run up and support, but best believe, we are going to make America great again.”

Kanye said the putting on the hat made him feel like “Superman.”

The lunch meeting was supposed to be about prison reform. But West quickly veered off topic as Trump, NFL great Jim Brown, senior adviser Jared Kushner, Secret Service agents and the assembled press pool looked on.

In an extraordinary, mostly uninterrupted rant, West said that he was recently diagnosed as being bipolar, but he insisted the diagnosis was wrong and that he was merely sleep-deprived.

The rapper then offered his thoughts on the 13th Amendment, which abolished slavery in 1865.

West said he wanted to “abolish the trap door called the 13th Amendment,” because, he said, when the amendment was written it was illegal for blacks to read.

“That meant if you actually read the amendment, you’d get locked up and turned into a slave!” West exclaimed, clapping his hands for emphasis.

At one point, West stood up and reached across the table to show Trump a picture of a hydrogen-powered plane, which the rapper told the president ought to replace Air Force One.

“This is what our president should be flying in,” West said, adding that he wants Apple to help him develop the aforementioned plane.

After the rapper finished his 10-minute soliloquy, he got up and hugged Trump.

“I tell you what, that was pretty impressive,” the president said.

“It was from the soul,” West replied. “I just channeled it.”

West, who has become one of Trump’s most outspoken supporters, stirred controversy in an appearance on NBC’s “Saturday Night Live” last month when he wore a “Make America Great Again” hat during his performance and delivered a pro-Trump speech to the studio audience.

In an interview with “Fox & Friends” earlier Thursday, Trump claimed that when West first expressed support for him, his poll numbers “went up like 25 percent.”

It’s unclear what polling data the president was referring to. According to the most recent Gallup poll, Trump’s job approval rating stands at 43 percent, while 53 percent of Americans disapprove. Gallup also found just 10 percent of African-Americans approve of the job Trump is doing. 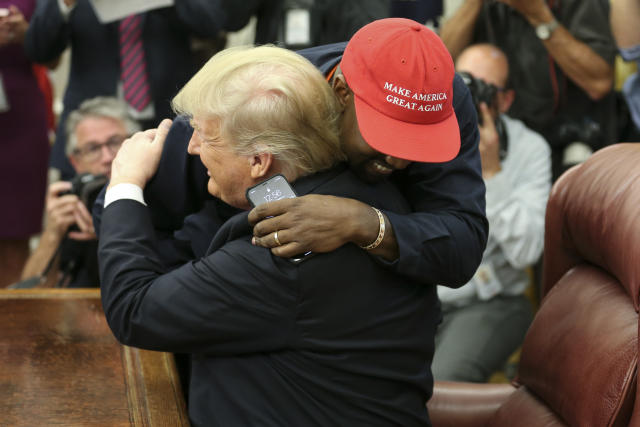 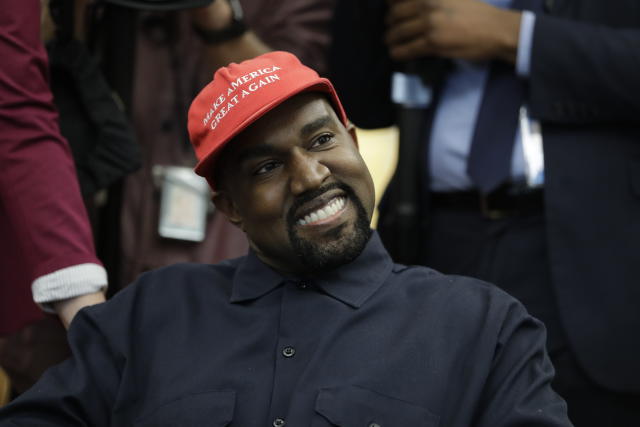 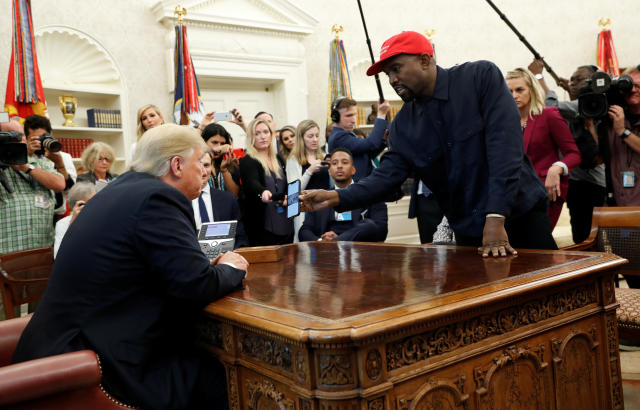