Omarosa Manigault Newman was offered a $15,000-a-month contract from President Trump’s campaign to stay silent after being fired from her job as a White House aide by Chief of Staff John F. Kelly last December, according to a forthcoming book by Manigault Newman and a document viewed by The Washington Post.

But she refused, according to the incendiary new book, “Unhinged: An Insider Account of the Trump White House,” which also depicts Trump as unqualified, narcissistic and racist. Excerpts of the book were obtained by The Post.

After she was fired, Manigault Newman wrote, she received a call from Trump campaign adviser Lara Trump, the president’s daughter-in-law, offering her a job and the monthly contract in exchange for her silence.

A nondisclosure agreement attached to the offer, which was reviewed by The Post, said Manigault Newman could not make any comments about President Trump, Vice President Pence or their families or any comments that could damage the president. It said she would do “diversity outreach,” among other things, for the campaign. “The NDA attached to the email was as harsh and restrictive as any I’d seen in all my years of television,” Manigault Newman writes in the book.

Throughout his career as a businessman and politician, Trump has repeatedly used nondisclosure agreements to quiet critics and accusers, including adult-film star Stormy Daniels.

The Trump campaign did not respond to a request for comment Friday.

In a statement, White House press secretary Sarah Huckabee Sanders said the book “is riddled with lies and false accusations.” She added, “It’s sad that a disgruntled former White House employee is trying to profit off these false attacks, and even worse that the media would now give her a platform, after not taking her seriously when she had only positive things to say about the President during her time in the administration.”

Manigault Newman does not offer evidence for some of her most explosive charges but extensively recorded her conversations in the White House. The Post has listened to several of the recordings made by Manigault Newman, which match quotations recounted in the book excerpts. The existence of some recordings was first reported Wednesday by the Daily Beast.

White House aides have long described Manigault Newman as a problematic employee who tried to stage a wedding photo shoot at the White House, exploded at other West Wing aides and left shoes strewn around the West Wing. For months, they accurately feared that she was taping conversations inside the building. In the eyes of many around Trump, the book is another publicity-grabbing stunt from someone known for them.

In the book, Manigault Newman includes specific quotes from White House aides. She describes many scenes inside the White House in detail — explaining who was in the room and exactly what was said.

The allegations threaten to become another political headache for the administration, akin to what followed a controversial book earlier this year by journalist Michael Wolff, “Fire and Fury: Inside the Trump White House,” which detailed a wayward White House and prompted broad denunciations from Trump and his aides.

Trump instructed aides to respond Friday after complaining about Manigault Newman’s book and that she had recorded him, two White House officials said. The original plan was to ignore the book, but Trump grew angry, the officials said, prompting the statement from Sanders.

Manigault Newman is expected to appear Sunday on NBC’s “Meet the Press” and will then go on a publicity tour. The weekend appearance coincides with the anniversary of deadly white-supremacist protests in Charlottesville. Trump was criticized at the time for saying there were fine people “on both sides” of the protests.

The book is the first insider account from a White House aide that is not largely flattering toward the president. Manigault Newman, who was the highest-ranking black employee in the White House, calls Trump a “racist, misogynist and bigot.”

Manigault Newman also writes that Trump told her he was unaware of her firing by Kelly. “No! No one even told me,” she quotes Trump as saying. “I didn’t know that. Damn it.”

Whether the book paints an accurate depiction of Trump’s conduct or amounts primarily to a disgruntled tome from a reality-TV star turned White House aide is in dispute. Manigault Newman has known Trump for more than a decade and held one of the highest-paid positions in the West Wing for a year, securing the job as an “assistant to the president” after starring as a famed villain in his TV show, “The Apprentice,” and working for the Trump Organization.

She questions Trump’s mental state, describes him as unstable and portrays him as unable to control his impulses. She recounts the extensive lengths that staff members have gone to in attempts to keep him in line.

“All we need to remember is that Trump loves the hate,” she writes in the book. “He thrives on criticism and insults. He delights in chaos and confusion. Taking to Twitter to call him names only fuels him and riles his base. To disarm him, starve his ego; don’t feed into it.”

Even as aides warned him against it, Trump often spoke to Manigault Newman and invited her to come by the Oval Office, a practice that Kelly eventually curtailed. She served as Trump’s chief liaison to African Americans and often vouched for him.

The book is a mix of unverified accusations and vivid, quote-filled exchanges from her time with Trump on the campaign trail and in the White House.

“By that point, three sources in three separate conversations had described the contents of this tape,” she writes. “They all told me that President Trump hadn’t just dropped a single n-word bomb. He’d said it multiple times throughout the show’s taping during off-camera outtakes, particularly during the first season of the Apprentice.”

GOP pollster Frank Luntz, who is named in the book as someone who had allegedly heard Trump use the n-word, wrote Friday on Twitter that the allegation was “flat-out false” and said Manigault Newman made no effort to verify the assertion with him.

In early 2017, Manigault Newman says, she walked Michael Cohen, then Trump’s personal attorney, into the Oval Office for a meeting with Trump — and allegedly saw the president chewing up a piece of paper while Cohen was leaving the office. Another White House official confirmed that Manigault Newman brought Cohen into the White House and was later rebuked for it. The two remain in contact, according to people familiar with the relationship.

“I saw him put a note in his mouth,” she writes in her book. “Since Trump was ever the germaphobe, I was shocked he appeared to be chewing and swallowing the paper. It must have been something very, very sensitive.”

There is no proof that he chewed on paper, and several White House aides laughed at the assertion and said it was not true.

Manigault Newman also writes that she was contacted in February by the FBI but does not elaborate on why agents called her or what she told them.

She describes her firing as taking place in the Situation Room, with quotes attributed to Kelly and ethics lawyer Stefan Passantino.

According to her account, Kelly comes into the room and begins by saying, “We’re going to talk to you about leaving the White House.”

“The integrity issues are very serious,” Kelly continues. “If this were the military, this would be a pretty high level of accountability, meaning a court-martial. . . . If we make this a friendly departure, you can look at your time here in the White House as a year of service to the nation. You can go on without any type of difficulty in the future relative to your reputation.”

Manigault Newman then demands an explanation for why she is being fired and whether Trump knows. Kelly tells her it is nonnegotiable and soon leaves the room after mentioning “serious integrity issues.”

“The staff works for me, not the president. So after your departure, I’ll inform him,” Kelly told her, according to the book. “With that, I’ll let you go.”

She was kept in the Situation Room for more than an hour, according to her telling in the book, with her husband waiting outside. She fights with Passantino, who tells her she is being fired for abusing the government car service. She tries to explain why she used the car each time — for official government business, in her telling — to no avail. “It’s not a fight that is winnable,” says Uttam Dhillon, another lawyer.

Manigault Newman writes that there was erroneous reporting on her exit — that she did not get into a big fight with Kelly at the White House Christmas party and that she did not try to fight her way past security and get into the residence.

“I never imagined that this ludicrous story — pure gossip — would blow up like it did,” she said.

Passantino did not respond to a request for comment.

Trump told Manigault Newman that he had no idea she was ousted the day before, according to her account. “I just saw on the news you were thinking about leaving!” Trump says. “What happened?”

Manigault Newman responds that Kelly told her, “You guys wanted me to leave.” Trump expresses his displeasure.

Manigault Newman said the call from Trump was followed by a call from Jared Kushner, Trump’s son-in-law, and Ivanka Trump, his daughter, who said she “really loves” her and would do anything for her.

“Call us anytime,” Kushner says on the call, according to the book.

Then, Lara Trump called and reiterated how much the president and the family loved Manigault Newman, offering her the job and wanting to make sure “everything is positive.”

“If you come on board, we can’t have you mention that stuff,” she added, referring to interviews Manigault Newman gave immediately after her firing. 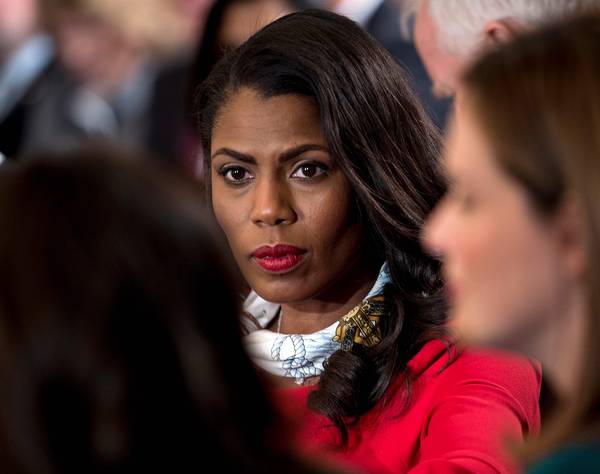 Submissions for late-breaker abstracts for the 23rd International AIDS Conference (AIDS 2020: Virtual) is now open. The conference offers opportunity for researchers to showcase their studies at the largest…

The International Conference on Family Planning 2021 invites abstracts on cutting-edge research, program, and advocacy results directed at enabling individuals throughout the world, especially in…

Reports revealed that the Principal of Bethlehem Girls College, Rev. Sr Henrietta Alokha was among those who reportedly lost their lives in the unfortunate gas explosion…