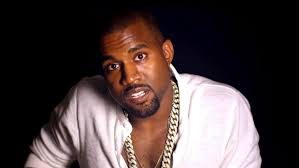 Kanye West is facing a countersuit from his insurance officials over the cancellation of his Saint Pablo Tour.

The Stronger hit maker cut short his 2016 trek in late November (16) after he was hospitalized for “temporary psychosis” caused by dehydration and sleep deprivation, just weeks after his wife Kim Kardashian was robbed and held at gunpoint in Paris, France.

Kanye’s concerts were insured by executives at Lloyd’s of London to cover cancellations or non-appearances, and he filed suit via his Very Good Touring firm earlier this month (Aug17), alleging they were refusing to pay up for the scrapped dates.

Lloyd’s of London officials suggested the policy could be voided, as they suspected the hip-hop star’s marijuana use may have contributed to his breakdown.
Lawyers for Very Good Touring challenged this, insisting the insurance company chiefs no proof to back up the accusation and accusing them of simply trying to use “any ostensible excuse no matter how fanciful” to prevent a hefty payout.

Lloyd’s legal team has now launched a countersuit, alleging West has not been upfront about “irregularities” in his medical history.

According to GossipCop.com, West’s policy has exclusions for pre-existing medical conditions, excessive alcohol use, possession of illegal drugs, and prescription drug abuse. However, the court papers don’t specify any drugs or medical conditions “in order to protect the privacy of Mr. West from public disclosure.”
Insurance bosses are asking a judge to rule they are not legally obligated to uphold their end of the contract.

Kanye’s lawyers have slammed the countersuit as “the same generic response Lloyd’s files when they don’t want to honor a legitimate claim but can’t find a factual basis to deny the claim,” according to TMZ.