Mababa “Pape” Diouf was a Senegalese journalist, best known for being the president of French football club Olympique de Marseille between 2005 and 2009.  Diouf was born in Abeche Chad, to Senegalese parents. The family returned to their native country shortly after Diouf’s birth.

Diouf moved to Marseille at the age of eighteen. He eventually became a journalist for a city newspaper. Diouf centred his work around sport, and particularly the local football club, Olympique de Marseille. Eventually he turned his hand to be a sports agent, with clients such as former French international defender Basile Boli, and Cameroonian goalkeeper Joseph-Antoine Bell playing for Marseille. 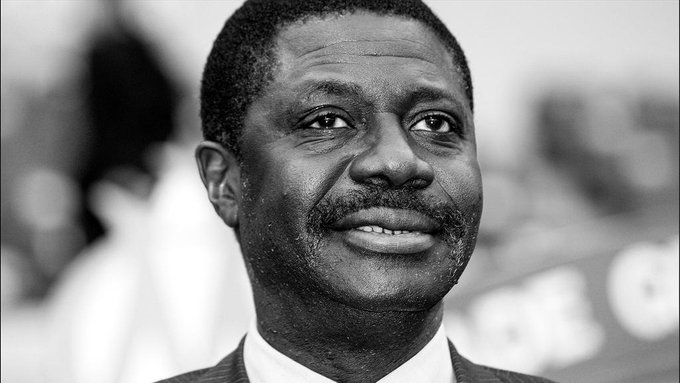 He became closely linked with the Cote d Azur side, and his intimate relationship with the club culminated in him becoming club president in 2005. Robert Louis-Dreyfus announced that Pape Diouf would leave on 17 June 2009. He was replaced by Jean-Claude Dassier. Diouf was hospitalised in Senegal after contracting the virus there and became the country’s first COVID-19 fatality.

Diouf himself was acutely aware of the lack of diversity at the management level, telling an interviewer in 2008 that the fact he was the only black president of a top-tier European club was “a painful observation.”

“Pape will remain in the hearts of the Marseillais forever, as one of the great architects in the club’s history,” the Marseille club said in a statement.

“Pape Diouf will be remembered as a charismatic, endearing and passionate leader,” added a statement from the French league’s organising body, the LFP.

“The LFP extends its condolences to his family, his loved ones and to Olympique de Marseille during this moment of immense sadness for French football.”

“To his family, I offer, on behalf of the nation, my deepest condolences.”

Trumpism is political ideology, style of governance, political movement and set of mechanisms for acquiring and keeping power that are associated with United States president…

Who Did This to America and the Americans? What is happening in America today and couple of weeks back is certainly a total departure from…

Abstract submissions are now being accepted for IAS 2021 – the 11th IAS Conference on HIV Science – taking place virtually from 18-24 July, 2021. Submissions will be accepted until 10…

Submissions for late-breaker abstracts for the 23rd International AIDS Conference (AIDS 2020: Virtual) is now open. The conference offers opportunity for researchers to showcase their studies at the largest…

Nature is often seen as something we can escape to when life is hard. The reality is that the nature that surrounds us is far…

Ahmed Muhammad was one of the high school seniors that waits for admission letter every year with the hope of getting into their dream schools.…

The gorgeous sunrise here just a few minutes ago. Photos show streaks of red and purple in the sky, almost like fire. The Photos were…