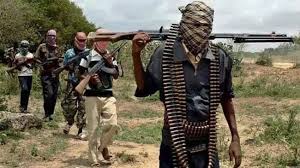 Suspected Boko Haram militants killed 18 people in northeast Nigeria on Friday, according to local witnesses and officials, the latest in an escalating number of lethal attacks in the region.

The knife-wielding attackers, moving under cover of night, targeted people in the town of Banki, 80 miles (130 km) southeast of the city of Maiduguri in Borno state, the epicentre of the eight-year conflict with Boko Haram, said a community leader and a local member of a vigilante group.

The attack in the town, which sits on the border with Cameroon, is the latest in a string of deadly Boko Haram raids and bombings that have undermined the Nigerian military’s statements that the insurgency is all but defeated.

The frequency of attacks in northeastern Nigeria has increased in the last few months, killing at least 172 people since June 1 before Friday’s attack, according to a Reuters tally.

The attack on Banki left 18 dead, according to Modu Perobe, a member of the Civilian Joint Task Force, a regional vigilante group. Abor Ali, a local ruler, confirmed the death toll.

Boko Haram’s eight-year insurgency has left at least 20,000 dead and sparked one of the largest humanitarian crises in the world, with tens of thousands already in famine-like conditions, according to the United Nations.

Some 8.5 million people in the worst affected parts of northeast Nigeria are now in need of some form of humanitarian assistance, with 5.2 million people lacking secure access to food, the U.N. has said.