Skip to content
Harry Dean Stanton, the longtime character actor whose face had its own unique character, has died at 91, according to his agent, John S. Kelly. CNN’s Boris Sanchez reports.
Harry Dean Stanton (July 14, 1926 – September 15, 2017) was an American actor, musician, and singer.] Stanton’s career spanned more than 60 years, during which he appeared in such films as Cool Hand Luke, Kelly’s Heroes, Dillinger, The Godfather Part II, Alien, Escape from New York, Christine,
Paris, Texas, Repo Man, Pretty in Pink, The Last Temptation of Christ, Wild at Heart, The Straight Story, The Green Mile, Alpha Dog, and Inland Empire. 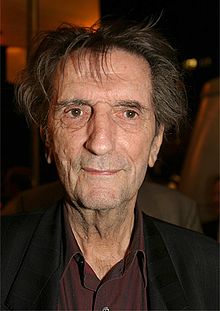 Stanton was born in Irvine, Kentucky, the son of Sheridan Harry Stanton, a tobacco farmer and barber, and Ersel (née Moberly), a cook. His parents divorced when Stanton was in high school and both later remarried.

Stanton had two younger brothers, Archie and Ralph, and a younger half-brother, Stan. His family had a musical background. Stanton attended Lafayette High School  and the University of Kentucky in Lexington where he performed at the Guignol Theatre under the direction of British theater director Wallace Briggs and studied journalism and radio arts.

“I could have been a writer,” he told an interviewer for a 2011 documentary, Harry Dean Stanton: Crossing Mulholland, in which he sings and plays the harmonica.”I had to decide if I wanted to be a singer or an actor.

I was always singing. I thought if I could be an actor, I could do all of it.” Briggs encouraged him to leave the university and become an actor. He studied at the Pasadena Playhouse in Pasadena, California, where his classmates included his friends Tyler MacDuff and Dana Andrews.

Stanton was a United States Navy veteran of World War II, serving as a cook aboard the Landing Ship Tank USS LST-970 during the Battle of Okinawa.

Stanton died at age 91 on September 15, 2017, at the Cedars-Sinai Medical Center in Los Angeles, California.